Walking and the Wandering Mind: How Movement Enhances Creativity 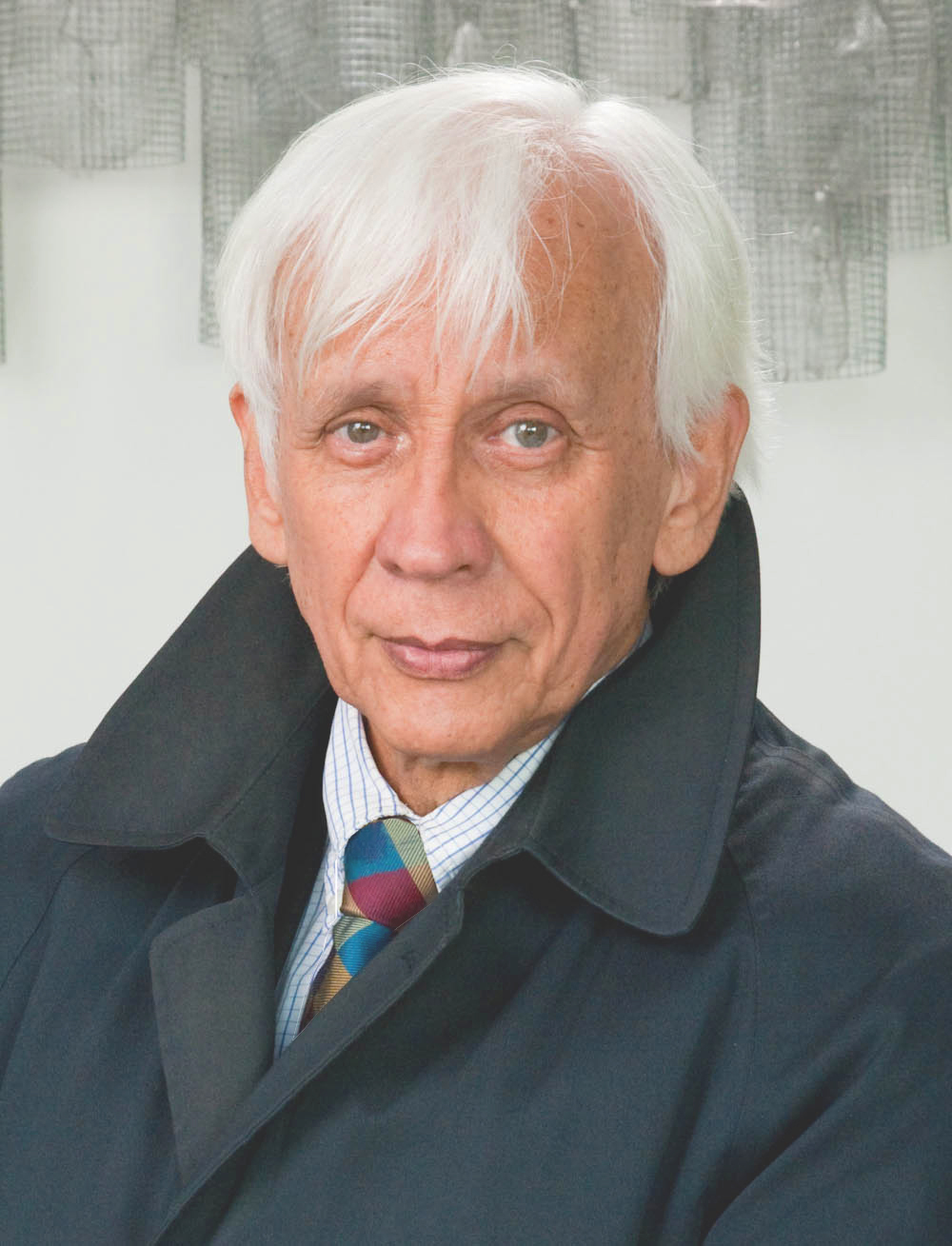 Hippocrates, a Greek physician who practiced some 2,400 years ago, famously wrote the line “walking is man’s best medicine.” Since then, writers and philosophers have similarly expressed the power of walking, not only for physical health, but for mental processing. For instance, Friedrich Nietzsche is credited with saying, “All truly great thoughts are conceived by walking” while Ralph Waldo Emerson described walking as “gymnastics for the mind” and the avid walker Hemmingway stated that “I would walk along the quays when I had finished work or when I was trying to think something out. It was easier to think if I was walking…” As anecdotal quotes, they may seem like simple lines encouraging us to get off the sofa and get some exercise to improve both the body and mind. However, over the past couple decades researching this brain/movement connection has grown rapidly into an important area of scientific research across many fields.

Two distinct, but overlapping lines of research in the 1990s began to emerge involving movement and the brain. First, John Ratey popularized the growing science around exercise and health, and specifically mental health, and since then there has been a growing interest in investigating how movement effects the emotions, cognition, and overall well-being. In the second line of research, as highlighted by a famous TED talk, Daniel Wolpert states the real reason we have brains is, surprisingly, for movement. He uses an interesting analogy with a sea squirt. This invertebrate marine animal, when juvenile, floats about in the sea and then proceeds to attach itself to a rock and make this place its permanent home. No longer needing to move, it digests its own spinal cord and brain (see also Dennett)! These two theoretical foundations–the recognition that movement positively effects the mind and is the evolutionary reason for a mind–have changed the way many researchers, clinicians, and educators view exercise. For example, from various academic fields, there is a growing consensus that exercise is indeed medicine for reducing anxiety, preventing (or slowing) dementia, and improving memory. Here, I explore another line of emerging research, specifically how movement, particularly walking, enhances creativity. Creativity, is an essential part of everyday life and crucial for language learning, and it is therefore important to consider ways to enhance this ability among our learners. Then I consider some possible ways to integrate movement in both in-class and out-of-class activities.

In Bloom’s taxonomy of human cognition, creativity sits there at the pinnacle. Despite creativity being multifaceted and domain-specific, it is usually defined as the production of an idea or tangible product that is both novel (original) and practical (useful). Along with critical thinking, creativity is typically viewed as a cornerstone of education. Moreover, creativity is pervasive in everyday language use and thus important for language learners to develop. So, the obvious question is, how can teachers provide opportunities for leaners to develop their creative potentials? One possibility is to get students out of their seats!

Research into movement and creativity has been gaining momentum recently. For instance, Marily Oppezzo and Daniel Schwartz provided some empirical evidence that walking has the potential to boost one’s creative thinking in a cleverly titled paper, Give Your Ideas Some Legs: The Positive Effect of Walking on Creative Thinking in 2014. In their first experiment, they used a divergent thinking task (Guilford’s alternative uses task), which requires one to come up with as many alternative uses as possible for an everyday object like a button or cardboard box. To complete this task, one needs to be cognitively flexible in order to break away from or bend one’s entrenched way of viewing such an object (referred to as “functional fixedness” by the Gestalt psychologists and commonly demonstrated by Karl Duncker’s famous “candle problem”). Divergent thinking is often contrasted with convergent thinking, which requires a single correct answer such as measured by a remote associations test. In the beforementioned study, participants completed either the divergent thinking or convergent thinking tasks while walking on a treadmill or sitting at a desk. Results show that walking improved performance on the divergent thinking task, but not for the convergent thinking task. In experiment 4, they used a different creativity task, which required the participants to produce novel, high-quality analogies, and found similar results to their first experiment which used a divergent thinking task. This study shows that walking allows the mind to wander more freely, which is important for coming up with novel ideas for a problem.

Extending this research, Yanyun Zhou and colleagues in 2017 did a follow-up study and similarly used two divergent thinking tasks to measure creative cognition: “improve the design of everyday objects” (e.g., how to design an outdoor chair that can be comfortably sat upon even when wet) and “just suppose” (e.g., what will happen if people no longer need to sleep?). They had three conditions for the participants while they performed these tasks: standing up, walking in a set figure-8 pattern, and walking freely. Again, results from their study indicate that divergent-thinking scores, as assessed by six experts with no knowledge of the three conditions, were more original for the walking-freely group than the other two groups. Being able to reproduce the results of another lab is an important factor for any line of research and so this study provides some additional support for the connection between divergent thinking and the simple movement of freely walking about. So, these types of studies confirm what Nietzsche and other great writers and thinkers intuitively knew, novel ideas wander more freely about in the mind when the body is also allowed to freely wander about.

Obviously, it is difficult to go for a walk within the confining space of a classroom. Yet, being confined to a classroom should not limit one to letting students just sit for ninety minutes. Even those who have been confined to small apartments, due to social distancing caused by COVID-19, have managed to find a way to run a marathon on a 7-meter deck! Below are some ideas to couple movement with language learning in order to improve learners’ brainstorming and creative writing.

A majority of language teachers nowadays follow some active learning approach to teaching. This often requires group activities, where the group members solve some ill-defined problem. This means the problem has no clear single answer, only multiple possibilities. These problem-solving activities (e.g., how do you solve the plastic waste problem of the oceans?) require a similar creative process to the divergent thinking tasks. That is to say, students need to combine ideas in new ways, extend existing concepts, and break from established patterns of thought. As students engage in such brainstorming activities in order to come up with some possible solutions, I suggest they walk around the classroom with a notebook. It can get a little chaotic, but the goal is to get them to let their thoughts wander, as compared to when they are sedentary in their seats or standing in front of a blank whiteboard. If space limits doing this in the classroom, other researchers have also found that producing fluid arm movements, compared to rigid movements, enhanced creative generation, as assessed by an alternative uses task (e.g., generate as many uses for a newspaper as possible) that measured both fluency (number of responses) and originality (uniqueness of response). It was also found to improve cognitive flexibility, the ability to view an entity in an atypical manner. So, there is also the possibility that simply letting the arm wander fluidly across the page in some tracing motion, also helps in the generation of new ideas. In short, movement is essential and often overlooked in the classroom. It should be viewed not only as a way to break the monotony of the class and get blood flowing in the body, but also as a way to spark some creative ideas for a problem-solving activity. I call such activities “brainstorming walks.”

In English writing classes, instructors routinely aim to teach learners five-paragraph essays, including expository and argumentative essays, focusing primarily on their structure. Indeed, this is important for learning how to write an academic essay in English. Likewise, but often overlooked (especially in the textbooks), it is important to promote the learners’ creative writing skills in English. In order to balance my writing classes, I have students maintain a creative writing journal throughout the term, a journal that they share in small groups at the start of class. I provide them with writing prompts throughout the term that commonly require them to go for a walk, such as the following:

These prompts aim to get the learners to explore, walk, and engage their senses and movement with English. Obviously, not every student follows these guidelines, but the prompts do try to encourage them to pair movement with language learning and particularly to think creatively in the target language.

Exercise, even the simple aerobic movement of walking, has the potential to enhance the production of creative ideas. This highlights the interaction between higher order thinking and the body, particularly movement. Therefore, it is important to find ways to get students out from behind their desks more frequently and to move about physically as they try to solve cognitively demanding tasks. In sum, when you plan your next class, consider interventions that require physical activity, for this might be instrumental in initiating more creative thinking in your classrooms!

Brian J. Birdsell received a Ph.D. in Applied Linguistics from the University of Birmingham, U.K. and currently is a Lecturer in the Center for Liberal Arts Development and Practices at Hirosaki University. His research in strongly interdisciplinary, ranging from metaphor and embodied cognition to creativity and CLIL. He is also an avid trail runner and telemark skier.