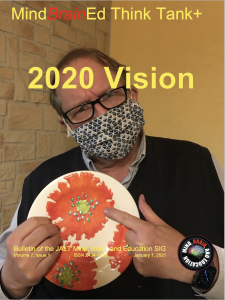 I read a book this week!

I know, that doesn’t sound very exciting, but trust me, I’m dancing at my desk with this news! You see, I’ve been having a very “2020 2020,” as a friend so aptly put it, and dealing with my ongoing depressive episode has at many times felt like just the tip of the iceberg of craziness that this year has thrown at me (and all of us, really). Depressive episodes can last anywhere from 2 weeks to most of 2020, in my case. All my grand plans for 2020 have been postponed to… 2021, maybe?

The depression was a gradual thing, really. It slowly sucked the joy out of my hobbies, sapped my energy, and left me feeling just “blah” all the time. It wasn’t until about midway through the year that I reflected and took stock on my life and came to a startling realization: I hadn’t sat down to read a book since early 2019.

That’s when I knew I needed help. Reading has been the hobby that has grounded me through my entire life, and even during my first bout of depression, reading copious amounts of books was what helped me stay somewhat sane. Seriously, I was well known at all of the local libraries for the bags of books I checked out and returned each week. And yes, you did read that right: 2020 is my second battle with depression.

I’m more fortunate than most in that I managed a bit over a decade between depressive episodes; typically, 50% of people who experience depression once will go on to have another depressive episode within five years. Once I had passed that five-year window, I was truly optimistic that I’d never have to face depression again. Alas, 2020 has proved that wouldn’t be the case for me; not only that, but it also means I now have good odds (~80%) of facing depression 2-7 more times in my lifetime. I suppose that means that 2020 will be the gift that keeps on giving. Lucky me!

I’m somewhat grateful that this second episode has been much milder than my first, perhaps because I noticed it so much earlier (though, of course, I’d rather not be depressed at all right now!). That first episode lasted basically all of my adolescence, so it was more like an entire chapter of my life than just an episode. Thoughts of ending my life haunted my every moment, and the only way I had to escape the cacophony was to bury my head in a book or dive into a video game. It was relentless and felt increasingly terrifying the louder those inner demons got. Obviously, I’m still here, so that chapter does have a happy ending: I got help.

Even better: it was exactly the help I needed. My psychiatrist sat me down and talked with me about the science of depression, explained what was going wrong with my brain, and how I needed medicine to fight this disease. Approaching it from a scientific method convinced me to cooperate with my treatment, which took some trial and error before the right medication was found. (I distinctly remember one batch left me feeling both ravenous and exhausted and just overall weird.) After about 18 months of treatment, I finally had a chance to figure out who I was without the depression hounding my every step. Turns out, the process of self-exploration is a lot easier when you aren’t depressed. I learned that I’m actually a pretty cheerful person when my brain is properly balanced. Who’d have known?

I think most people would be surprised to learn that I’m depressed right now, too. I’ve been quite good at masking it. I have been trying to keep my work at its normal quality, though this could be a real struggle when my depression-fueled exhaustion had me going cross-eyed while trying to grade essays. When I look back at my life in early 2019 (I know, not quite 2020 vision), I realize that all the risk factors for triggering a depressive relapse were there: I’d started a new job in a new city in a 5-week rush. Such a whirlwind of change would be overwhelming for anyone, but for someone like me with previous history of depression and a genetic predisposition towards it, it was the perfect trigger for creating an opening for my depression to return.

The depression managed to suck the joy out of most of my hobbies: shopping, playing video games, watching Netflix, taking photographs, traveling, hiking, and even reading. As one hobby went down, I switched to another, until I had no hobbies left except to stare up at the ceiling for hours and wonder what I had the energy to do (the short answer: nothing). Fortunately, that’s all it managed to do before I stopped it in its tracks with the help of a wonderful, English-speaking psychiatrist in my city. The medication that worked the first time around has been working the second time around, too.

It’s been about six months now, and my hobbies are slowly coming back. First shopping, then Netflixing, followed by playing video games, and now reading has returned—my family express-shipped my favorite book[1] back to me, and the desire to reread it overwhelmed the lingering reluctance the depression had created. It’s hard to be patient with the gradual improvement in my mental health, but I’m trying to be as kind to myself as I can. I am likely only halfway through my treatment, but with any luck I’ll be setting myself up to for a fantastic 2021!

[1] The book they sent me is out of date now and a fourth edition is available. It will soon be gracing my bookshelf and read with great enthusiasm. And yes, I am indeed a nerd in more than one subject. I like to be well-rounded in my nerdiness; what can I say?

In case you, too, are having a very “2020 2020,” just know that you aren’t alone. As we touched on in December’s issue, quite a few folks are dealing with depression right now with the stress that this chaotic year has thrown at all of us, with varying degrees of ugliness. My only advice is to take a step back, reflect, and if you find that you might be experiencing an episode of depression, don’t be afraid to get the help you need. What that help may be, will of course vary for each of us: it could mean getting professional help (which I highly recommend), reviving your favorite hobbies, or reaching out to loved ones. And, come to think of it, writing can be a big help too!

Julia Daley is a lecturer at Hiroshima Bunkyo University, where she teaches English conversation and writing. She earned her MA in TESL at Northern Arizona University and is certified to teach secondary English in Arizona. Julia enjoys learning about neuroscience and finding ways to apply the research to her classrooms. She appreciates everyone’s patience as she’s been learning how to build a website.

Return To The Main Issue
PrevPreviousTechno-savvy or a Passionate Language Teacher?
NextAdapting Positive Psychology in ELT to On-line TeachingNext