If Emotions Are Made, we Can Reframe L2 Anxiety and Empower Learners 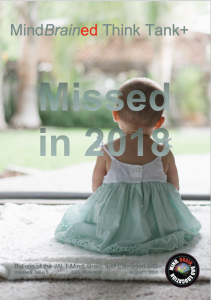 It is really counterintuitive to say that emotions are not reactions to the world but are creations of our brain, or predictions our brain constructs. More simply put, we make our own emotions. Both scientists and ordinary people have naïvely believed that emotions are hardwired and universal. People see a face and can tell what emotion it expresses: happiness, surprise, sadness, fear, anger, or disgust. This is because our brain has emotion circuits and they are culture-independent. Well, not really. Dr. Barrett says this idea is a total myth because neuroscientific evidence has demonstrated otherwise.

We do experience simple pleasant/unpleasant and jittery/calm feelings. With these sensations, and with our past experiences as a guide, our brains are constantly making predictions about the world. Among the predictions, they keep the most probable one and construct the world we experience. What we are experiencing at this moment is actually what our brain predicted a moment ago. 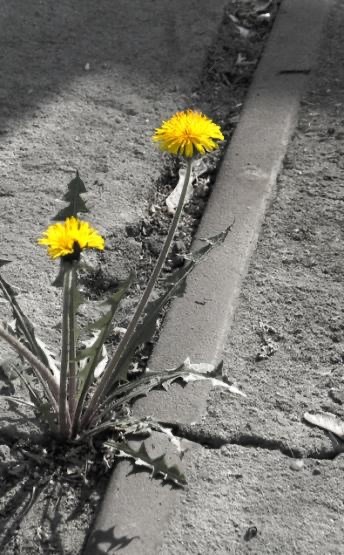 Dr. Barrett also says that emotions are socially constructed. Take an example of what we call some tiny plants in our garden: either flowers or weeds. According to Dr. Barrett, it is, at least to some extent, the perceiver who makes meaning of the world, depending on whether she perceives them as comfort (pleasant and calm) or nuisance (unpleasant and jittery), and whether her culture says one or the other. A colleague and friend of mine, Marc Helgesen, gave me the example of tanpopo (a Japanese word for dandelion) vs. dandelion.

In Japanese culture, tanpopo is a flower and people generally see as a sign of spring in it and love it, while in American culture, the same plant is a weed and people generally hate it. We see the plant through the eyes (brain) of Japanese vs. American. Furthermore, we humans need emotion concepts to perceive, explain, and make meaning of the world, and in this process words play a significant part. We have words that represent those concepts.

Now, with this new approach to emotions, let us take a fresh look at the concept of language anxiety: a situation-specific emotion concept that second language acquisition researchers have paid special attention to for decades. More than a quarter of a century ago, Guiora (1984) maintained that L2 learning is “a profoundly unsettling psychological proposition” (p. 28) because, in communicating in L2, we cannot present ourselves as being as able as we wish and tend to consider L2 communication as a face-threatening, emotional experience. With limited vocabulary and fluency, at least some L2 learners have difficulty in expressing themselves in L2 and they experience more tension, more frequently than others. They think that performing in L2 leads to embarrassment, or even humiliation; thus, anxious L2 learners tend to avoid using L2, keep silent in L2 classrooms, and miss chances to practice. Past studies have mostly focused on these detrimental effects of L2 anxiety. The general view is that L2 anxiety has negative effects on L2 learning processes and outcomes, not to mention a decrease in their psychological well-being.

Some researchers, however, think that L2 anxiety does not always impede learning or performance. Ehrman (1996) called L2 anxiety, “tension or arousal” (p. 148), saying that learning with a little anxiety is helpful, but no more than needed for the tension to work for the better, to keep learners alert and attentive. MacIntyre (1999) also stated that learners with a minimal level of anxiety feel “energized or keyed up” (p. 28); this is beneficial to learning. For these researchers, the amount of anxiety matters: a little is good, but too much is bad.

Is it really the amount that matters? If emotions are not automatically triggered by outside stimuli, but actively constructed in our brain’s predictions, then what matters is how the brain categorizes or explains its predictions, i.e., what meaning it assigns to the experience. L2 anxiety can be differently categorized and construed by different brains as either harmful nervousness and agitation, or energizing anticipation and excitement, depending on the brains’ past experiences, the current situations, and the culture; thus, some brains under some circumstances predict a situation as threatening, causing panic, while others process the same situation as a challenge and become focused. In this new approach to the brain, there is no single, correct reality to be explained or no single meaning to be attached to any particular circumstance.

In fact, some psychologists take yet another perspective and make a distinction, in kind, not in amount, between facilitative and debilitative anxiety. Alpert and Haber (1960) differentiated the two and considered them as two different dimensions, not opposite ends of one continuum. Facilitative anxiety energizes and drives learners to perform well, while debilitative anxiety impedes performance and hinders learning. This anomaly can be explained through the above-mentioned, completely different categorization or explanation our brain comes up with.

What Dr. Barrett shares with us in her book (2017) has profound implications for L2 teachers. I will discuss three of them below. First, we teachers need to think seriously about the fact that what our students experience today changes how they see the world tomorrow. Suppose that today some of your students view L2 learning activities not as fulfilling but as painful because they cannot present themselves in L2 as they are in L1. Then, in the next class, they will make disadvantageous predictions and may experience greater tension than before when performing in L2; thus, some may feel more embarrassed to speak, some may become unnecessarily self-conscious and feel like avoiding actively taking part in the activities, and others may become panicked because they anticipate negative evaluation from their peers and teacher. Teachers need to plan classroom activities and learning materials carefully: The activities and materials shouldn’t be too challenging to deal with. Teachers also need to take efforts to provide less threatening environments. Let your students experience success in the learning environment where they support each other and build confidence for future encounters. Practical suggestions for teachers can be found elsewhere (eg., Gkonou et al., 2016).

Second, we tend to think we are passively experiencing specific emotions, but in fact, what our brains are really experiencing are physiological symptoms or sensations: our heart beating faster, palms sweating, and stomach shrinking, among others. With these pieces of information, the brain makes a simple summary of what is happening inside our body, makes predictions about the situation, and creates emotions, such as anxiety. When learners understand this function of the brain, i.e., that emotions are made by the brain on the basis of basic symptoms and that emotions can be explained in biological terms, they will understand that they can take control of their emotions, including L2 anxiety. It is possible to transform their emotional life and the meaning of their L2 learning experiences by unpacking what they have constructed as emotion into mere body signals and sensations. They will learn to make a new meaning and exert agency in pursuing L2 learning (Kashdan et al., 2015).

"The ability to put feelings into words has potential to regulate emotions." 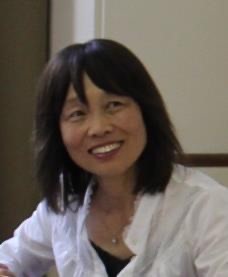 Third, in relation to the above-mentioned second implication, I suggest teachers discuss L2 learning experiences with their students and equip them with more fine-grained emotion words. Past research has demonstrated that emotions become real to us through words. The ability to put feelings into words has potential to regulate emotions and ease affective turmoil (Kircanski et al., 2012). New-born infants do feel sensations such as pleasure or distress, but they develop emotion concepts later in life by categorizing sensations into different concepts. In this process, words play a crucial role and help infants develop both language and world knowledge. People with high emotional granularity, i.e., with breadth and depth of word knowledge and concepts, are found to be more skillful in regulating their emotions.

This is good news for language teachers. We can fill two needs with one deed: Teach emotion words and get them engaged in classroom activities using these words, and your students will not only learn new vocabulary, they will also become emotionally intelligent. For example, the most widely used scale to measure L2 classroom anxiety (Horwitz et al., 1986) uses a variety of anxiety-related emotion words and expressions. Some are adjectives such as anxious, nervous, self-conscious, and afraid. Some are adjectivals such as confused, overwhelmed, and upset. Some are verbs such as worry, tremble, bother, panic, and embarrass. Others include phrasal expressions and positive emotion words and phrases because there are some reversed items. It will be a fruitful language learning activity for students to express their emotions in relation to language learning and share their language learning experiences. Give your students the skills to “recognize their thoughts, feelings, and perceptions as physical sensations, which is easier to let go of” (Barrett, 2017, p. 193). In a sense, this suggestion is nothing new. In language classes, students talk about a variety of topics, being equipped with new vocabulary items and structures. It is rather new that teachers do it for two purposes. They are teaching both linguistic skills and life skills. 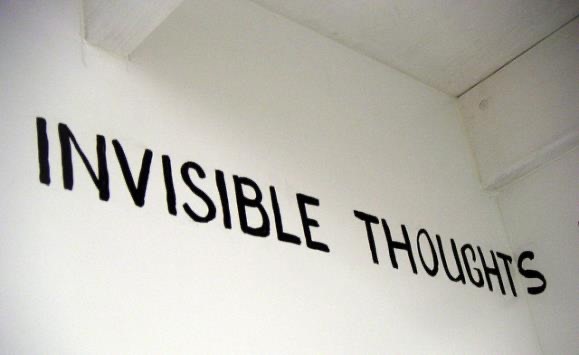 To recap, Dr. Barrett’s talk and book taught me that we can empower our students with emotion words and emotional intelligence. Teach them that “being nervous” and “being excited” are, in physiological terms, the same. Ask them why they feel nervous. Is it because speaking in the L2 is embarrassing? Is it frustrating when they Missed 2018 p1will initiate a nice classroom discussion.

Harumi Kimura teaches at Miyagi Gakuin Women’s University, Sendai, Japan. She earned her doctorate from Temple University. She researched second language listening anxiety in her doctoral study and her academic interests include learner psychology and cooperative learning. She coauthored a book with G. M. Jacobs, Cooperative Learning and Teaching (2013).

Return To The Main Issue
PrevPreviousConfirmation Bias: Why We Should Seek Opposite Views
NextWhy are Teenagers Self-absorbed Risk-takers and How Can We Turn This to Their Advantage?Next