Principal Stephens and the Gratitude Letter

(Note: Marc has told the first part of this story in many positive psychology workshops. If you’ve heard it, just skip down to the end. There is a new ending.) 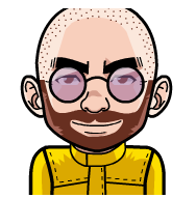 It was near the end my first year of high school. I get a note: Marc Helgesen, report to Principal Stephens’ office. Actually, Mr. Stephens was the assistant principal. Those of you who know American schools know “assistant principal” means the person in charge of discipline.

I must have looked nervous because Principal Stephens said, “Don’t worry, Marc. You’re not in trouble.” “I’m not?” I said, maybe with a bit of disbelief. “I called you in because it is time to sign up for classes for next year. Marc, you should think about taking Child Development.”

Mr. Stephens went on. “I think you should take Child Development because you should think about becoming a teacher.” A teacher? I was 15 years old. I wanted to be a disk jockey.

But I took Child Development–but for the wrong reason. It was a girls’ class. Good odds.

It was fascinating. I’m the youngest in my family so I didn’t have younger siblings to watch grow up. But in the class, I learned about how kids learn, Piaget and Erikson and so much more. It was fascinating. So, the year after that I volunteered as a teacher’s aide in an elementary school every afternoon. I loved it. I went to university as an Elementary Education/Early Childhood Education major. I became a pre-school teacher. Then an Adult Basic Ed.–Reading Specialist. Then the place I was teaching started sending me the Hispanic students because they couldn’t read English. So, I bought a book on teaching English as a Second Language.

Later I went to grad. school.

Sometime after that I became an EFL teacher here in Japan.

All because of Mr. Stephens’s suggestion.

About ten years ago, I sent Principal Stephens a “gratitude letter.” It explained what he had done and how it impacted my life. Most importantly, it thanked him for what he had done nearly four decades earlier. Gratitude letters, a common positive psychology activity, have been shown to have positive results for the writer for up to six months after writing them (Seligman, Steen, Park, & Peterson, 2005).

I found Mr. Stephens’s address (I thought) on the internet. I sent off the letter. And heard…nothing. Oh, well. Maybe I sent it to the wrong Fred Stephens. Or maybe he had passed away. Who knows?

I’ve used the gratitude letter and the story in a textbook (Helgesen, Wiltshier, & Brown, 2018) and later in a teacher reference book (Helgesen, 2019). When that second book came out, I checked with a friend who still worked in education in the city I’m from. I asked him if Mr. Stephens was still around. He said yes and sent me his address. Excited that I had a chance to reconnect, I mailed off a copy of the new book.

Again, I heard nothing. Until a few weeks later when a Facebook friend (my former high school history teacher), posted this:

Every Tuesday morning a bunch of retired LHS teachers gather for coffee at a local Panera, including Fred Stephens. Fred brought the book you authored and showed us the letter, written personally to him, that you included in the book. Fred is 83-84 now with some unpleasant health issues. But his mind is very sharp. He was deeply touched by your thoughtfulness. Thanks for brightening his day and also those of us who remember so many of your classmates at Lincoln.

I’m delighted to have brightened his day. He helped brighten my life. Also happy for the unexpected consequence of having reminded those other teachers – the ones he met for coffee – that some of us are thankful for them many years later.

We often forget how important our own teachers are in shaping our lives. Maybe take a moment to remember the folks who helped and shaped you. Maybe even send a letter.

Marc Helgesen, Miyagi Gakuin, Sendai, is author of English Teaching and the Science of Happiness (ABAX), the English Firsthand series (Pearson) and many other books and articles. Websites: www.ELTandHappiness.com, www.HelgesenHandouts.weebly.com. His main interests are positive psychology in ELT, brain science in ELT and BBQ (not necessarily in ELT).