The Hidden Role of Teachers of Young Learners 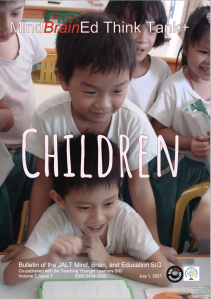 I am going to say something drastic: Of all teachers, those that teach young learners are, by far, the most important. They have the potential to save the world.

This is not a statement I came up with. It came from some economists who produced a National Public Radio Planet Money podcast with the title: Why Preschool Can Save the World. Economists? Preschool? Save the World? Trust me, it all connects. This podcast had a huge effect on me. Repeated listens set me on a path of researching this intriguing claim and exploring the cognitive development of early learners. I dove into reading about the all-important executive functions centered in the pre-frontal cortex, and how they become the foundation stones for all the skills we need in life, especially those related to character, such as honesty, cleanliness, and tolerance. Teachers at every level have an impact on the development of executive functions but, as those economists and I will show you, it is the preschool and elementary school teachers who have the greatest impact.

To my surprise, what I learned turned out to be important in my personal life as well. When I began that research, I was raising a young daughter and we had to figure out whether to put our savings into sending her to a private preschool and elementary school, a private junior and senior high school, or a private college. The best schools where I live are private, and we only had enough money to send her to private schools for one of these periods of education, not all three. We decided to focus on her early education and, as we now know, that was the right choice.

Why will become clearer as you continue on. Let’s start with two questions: how important is character for success, and to what degree can we teach character skills to our learners?

I should point out that by “character,” I am using the word as in common parlance, meaning how honest a person is, or tolerant, responsible, and so on. Psychology defines personality and character in a slightly different way, as being certain fixed “traits,” separate from “skills.” Since work on character and personality was mainly done between the 1930s and 1970s, in the heyday of genetic determinism and the “hard-wired” brain, it is not surprising that traits were viewed as more or less fixed and supposedly genetic. On the other hand, we have now abandoned the view of the brain as being hard-wired, and have come to understand that it is nature and nurture that makes someone who they are, not one or the other. These changes in perspective, and studies that show traits can change over time, have started to weaken the traditional view that traits are fixed. In the spirit of neuroplasticity, I will intentionally blur the lines between traits and skills, and between fixed and changeable.

How important is character and can it be taught?

Here is where the first economist comes in, the amazing Nobel Laureate, James Heckman. He points his research engines at interesting issues, such as how well IQ predicts college success; important things that that IQ tests do not measure, such as soft skills; and whether universal pre-K education is worth spending money on (It is!). Heckman has convincing evidence from his studies that it is the soft skills that determine success in school and life, not IQ (GED study) or even parental income levels (job training study). Soft skills are connected to the Big Five personality traits, and of the Five, there is one that stands out in relation to success: conscientiousness. Conscientiousness is almost synonymous with “Grit,” a more recent term popularized by Angela Duckworth’s Ted Talk. Whichever term you prefer, as Heckman shows us, it is that ability to take on a responsibility and stick to it that determines whether a young person will succeed in college, or do well at a job. So, character matters. Intelligence pales in comparison.

But can this conscientiousness be taught? We tend to believe that whether someone is diligent and dependable or not is pretty much permanent, and there is not much you can do about it. And that is probably right, as Heckman’s GED study found. Smart kids who had dropped out of high school and were given another chance to get a diploma through the GED test and go to college, tended to drop out of college as well! These high school dropouts who got the GED diploma were shown to have higher IQs than the other high school dropouts, but that did not matter. They shared the same lack of discipline and failed at staying in college.

Inadvertently, a test has been created that separates out bright but nonpersistent and undisciplined dropouts from other dropouts. It is, then, no surprise that GED recipients are the ones who drop out of school, fail to complete college…GED's are "wiseguys," who lack the abilities to think ahead, to persist in tasks, or to adapt to their environments. (p. 146)

A friend of mine always says, “People don’t change, and it is foolish to think they will,” which reflects the sentiment that character cannot much be taught…at least to adults. But what about to children? Here the evidence is strong that it can be. And who was one of the people who made this discovery? James Heckman!

Remember my comment earlier that we will blur the line between skills and traits and we will not assume that traits are fixed? Because of the Perry program, Heckman came to that conclusion, too. In regard to soft skills, he wrote: “Personality traits can be changed by intervention, and interventions that target personality are promising” (Heckman, 2013, p. 1),

Another project, the Abecedarian Early Intervention Project in North Carolina, showed much the same. In the seventies, 54 infants born to poor families were given care from infancy to age 5, mainly playing educational games. The researchers measured a jump in IQ compared to the control group but, to their surprise, other changes (more in tune with modern thinking than IQ scores) showed up much later. Follow-up studies showed that at age 21, the treated group had higher reading and math scores; at 30, they were more likely to have a college degree; and at age 35, better overall health: less obesity, heart disease, and hypertension (source). And the good news goes on. Just two weeks ago, another study came out, in which MRI brain scans showed that those in the treatment group, especially the males, “had increased size of the whole brain, including the cortex” and better development in the areas related to language and cognitive control (Virginia Tech, 2021, p.1). All this, 50 years later, and probably because of a couple years of preschool!

Let me quote Alex Blumberg (also an economist) who neatly sums up what this means in another Planet Money podcast, Preschool: The Best Job-Training Program (again based on Heckman’s work). Watching toddlers playing with blocks and interacting with caregivers, he notes:

If they learn these [soft] skills now, they'll have them for the rest of their lives. But research shows if they don't form these skills now, it becomes harder and harder the older they get. By the time they're in a job training program in their 20s, it's often too late.

So that’s it, my friends. Character can be taught, but it must be instilled at an early age. And that is why preschool teachers are the most important. They truly have the potential to reduce crime, illness, and substance abuse. How odd that our topsy-turvy educational hierarchy, in terms of status and salary, has them at the bottom!

So, preschool has a big effect, but you might be wondering why. The answer lies in looking at the development of executive functions. These are skills that are laid down in early childhood and become the foundation for almost every other mental skill that comes later, including reasoning, discipline, and emotional intelligence. If they are not properly established in children, then, as Blumberg said, they become harder and harder to develop later.

Adele Diamond (like Julia Volkman, also a proponent of Montessori), runs the Developmental Cognitive Neuroscience Lab at the University of British Columbia, and she has done a lot of work defining executive functions. I have spent weeks rummaging through the many interesting and varied studies on her website, but my favorites are the ones on executive functions and her stirring TED Talk on that topic.

Here are the three core executive functions and the skills they give rise to (Diamond, 2016):

How to nurture executive functions

Doing so is not a matter of “teaching” executive functions as much as setting up an environment and activities that let children develop them on their own, while offering guidance and support. Children are preprogrammed to learn these skills if given the right conditions.

In fact, every article in this Think Tank is related to building good executive function: Julia Volkmann’s advice that we support natural development; Skye Playsted’s plea that we adapt to the learner rather than the other way around; Robert Murphy’s admonition that we foster quality interaction. And, as this video that Julia sent us shows, developing executive functions and other skills is “The Child’s Work.” Children are predisposed to seek out experiences that meet their developmental needs.

For more organized curricula that impact specific executive functions, see Diamond & Ling’s: “Conclusions about interventions, programs, and approaches for improving executive functions that appear justified and those that, despite much hype, do not” (2016), and other papers on Diamond’s site.

For teachers of adolescents, I also highly recommend Paul Tough’s How Children Succeed: Grit, Curiosity, and the Hidden Power of Character (2014). Or, look at Spacey’s list of character-building experiences for learners (2020). After all, early education teachers might be the ones who get the ball rolling, but the rest of us play a role in saving the world, too. 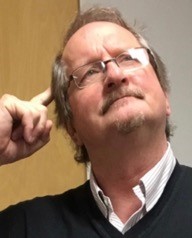 Curtis Kelly (EdD.) is a professor at Kansai University, a founder of the JALT Mind, Brain, and Education SIG, and producer of the MindBrainEd Think Tanks. He has written over 30 books and given over 500 presentations. His life mission is “to relieve the suffering of the classroom.”